Michael Kors spring 2012 runway. Michael Kors’ show will be one of the greatest disappointments.Michael Kors claimed his inspiration came from Africa this season. Michael Kors took a trip on an African safari for his spring 2012 collection unveiled during New York Fashion Week today. The American designer gave his sportswear an edge with animal and tribal prints, frayed edges and python accents. Using a warm color palette of mustard, nude, marmalade and tan, the Kors’ woman takes a walk on the wild side for the new season.The show notes called it “Afriluxe,” an unfortunate bit of marketing speak given the famine crisis in Somalia. This collection had many of the Michael Kors signatures. Only this time around, the sweaters came holey, as if they’d been stuffed into the bottom of a rucksack an asymmetrical dress was woven and fringed by hand; and the tank suits were accessorized with utilitarian belt bags. Micheal Kors Spring 2012 collection played there came the parade of men and women wearing everything from animal print caftans, multi-pocketed safari jackets, cargo pants, tie-dye dresses,maxi dresses, sarongs and knitted ponchos. The looks that drew the most oohs and aahs were the sumptuous python skin trench coat in clay and the cutout swimsuit also made from python leather. Michael Kors succeeded in injecting something fresh to the look that has already been immortalized by Yves Saint Laurent. It was also a welcome departure from all the bright colors and floral prints of the past few days. The clothes were all about lightness and movement, especially the blouses and the dresses that moved freely with the wind. The pants he created for the show, all in weightless fabrics, came with side zippers along the legs that can be adjusted to add or reduce volume. There were also tops that were crafted from strips of fabric that mimic a kite’s tails. The color palette is subdued in pale sorbet hues and a smattering of black pieces. 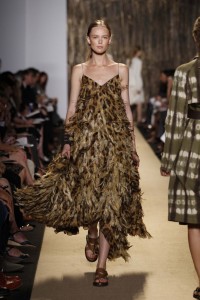 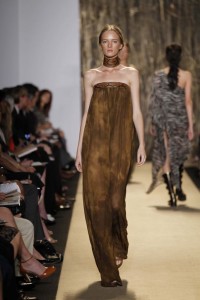 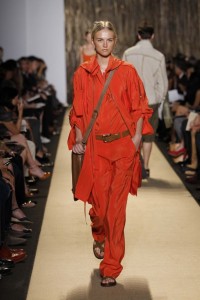 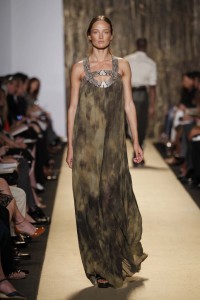 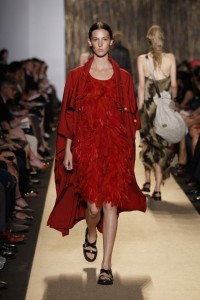 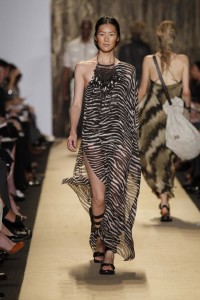 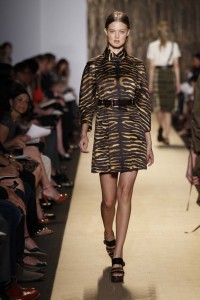 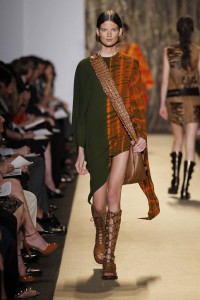 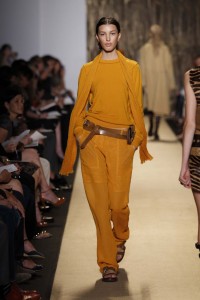 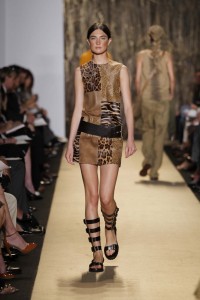 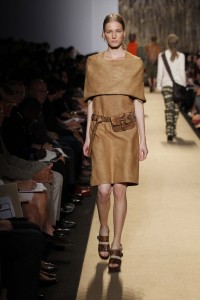 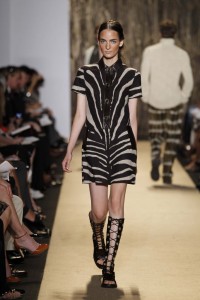