May 9th, 2011 | Home » Fashion » Celebrity Fashion » Lady Gaga In Alexander Mcqueen
Lady Gaga began her career as a songwriter for artists like The Pussycat Dolls, Fergie, Britney Spears and Akon. She released her own album The Fame in 2008 and it was a huge success.
The bleached blonde artist is also known for her unique fashion sense.
Lady Gaga fashion hero is the late, great Alexander McQueen . when mcqueen comes up, gaga leans back and a sense of wonder glows from her face . 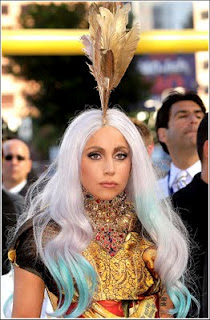 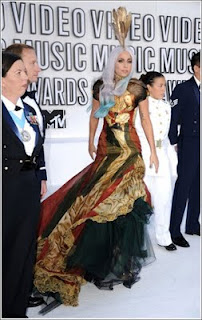 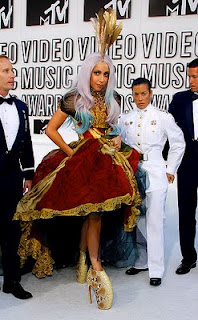